Motion Blur Effect | The Good, Bad, What, Why & How

Motion Blur Effect – The Good Bad What Why & How

Question is, should the simulated motion blur effect be used in motion design? As with everything else in life, there are conflicting views.

There’s a school of thought that motion blur by recreating “realistic” shutter speed can lend a visually pleasing and natural look to motion graphics. From a compositing perspective, motion blur is vital to match special FX elements to live action elements; and you can apply the motion blur effect in After Effects to finesse the composition, add realism, exaggerate movement, match shots, make jittery footage easier & smoother to watch and make motion look more natural.

Then again, according to some motion designers, the best time to use the motion blur effect in motion design projects is: NEVER! Because: FAKE! BAD!

So which is it? In this blog post, we will let you decide for yourself by giving you the ins and outs & the pros and cons of the motion blur effect in motion design. If you then decide that you are all for the blur or just want to give it a go and test it out, we will also in this post briefly touch upon how to add the motion blur effect to your compositions in After Effects.

Motion Blur – What is it?

Ever tried to take a photo from a moving car or to shoot a fast-moving sporting scene with a camera on low shutter speed? That blurry effect you ended up within the image is motion blur, but for a literal definition let’s turn to the good chaps of the English Oxford dictionary:

This motion blur effect is found in human eyes as well because our eyes blur close-by objects that move fast. Don’t believe us? Just wave your hand in front of your face at a constant rate. Do you see the motion blur? (If you don’t, please consult with an eye doctor immediately.) If we compare the human eye to shutter speed and adjust the shutter speed on a camera to match that of the motion blur found in our eye, we will arrive at a shutter speed of around 1/100–1/200.

Then how come we don’t notice motion blur that much in everyday life? Because our eyes are also expertly adept at tracking moving objects – much like a photographer pans the camera and tracks a race car – so that except for fast moving objects that are close by our eyes eliminate most motion blur. 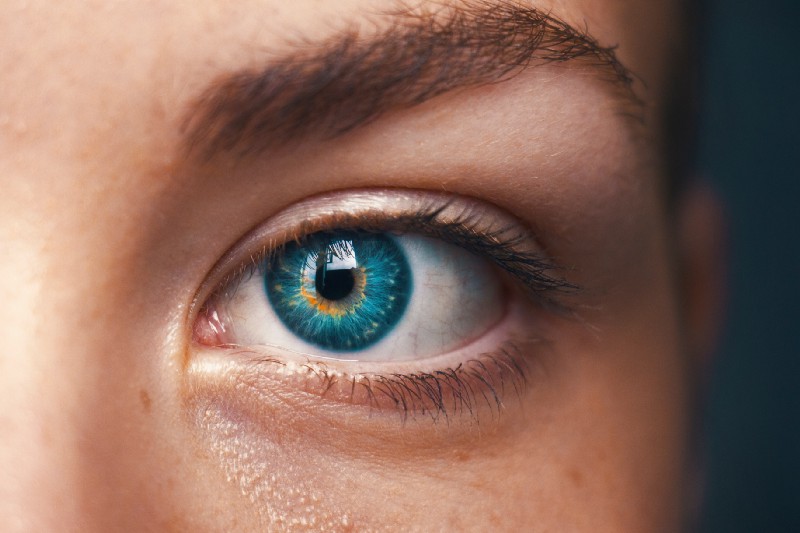 We have a full discussion below but the upshot is that there are 2 golden rules when it comes to using the simulated motion blur effect in motion design:

Now let’s delve into the pros and cons of using motion blur in various sectors of the motion design industry in detail.

Each frame of animation captures a single perfect still moment in time with zero motion blur (analogous to a camera with an infinitely fast shutter) which makes the motion feel smooth but it can also potentially feel staggered, artificial and unnatural as well.

The good thing about the application of the motion blur effect in animation is that by imitating the blurring that would otherwise occur if the footage was captured with a camera it helps to blend frames and make the frames feel more connected and continuous, so that the enhanced simulation of motion can feel more alive, organic and natural.

This simulated motion blur is typically applied when the goal is to imitate real life or when the animation is being composited into live-action footage when either the camera or objects in the scene move rapidly. When fast-moving images are blurred it helps our brain to smooth out the animation.

So what are cons of motion blur in animation? Well, there are instances when motion blur is unnecessary and it takes away pertinent details of animation. For example, comparing the simple animated ball bounce with and without the blur motion in the image above, the blurred detail of animation not only does not add anything of value to the image but we also end up losing the feeling of the ball’s weight as well.

Motion blur is used extensively in movies because they operate at 24 frames per second. This is basically the bare minimum needed for eyes to perceive it as motion. When your eyes are looking at something that is actually a series of still frames and not real motion – like anything appearing on a screen – then motion blur can help your brain interpret the image as motion rather than still images. As a result, lots of processing needs to be done in order to make movies look as nice – as cinematic so to speak – as they do, and motion blurring is a big part of it.

Motion blur is a natural occurrence and as mentioned a limitation of the human eye, which is why we so readily accept film’s frame rate of 24 frames per second (FPS).

In film and televised images, motion blur looks natural because as mentioned, the human eye perceives and behaves in much the same way.

A common problem with many 3D renders is that fast motion creates that horrible strobing, flicking effect as objects jump from one location to another between frames. Rendering nice motion blur is a way to smooth over this visual strobing and flickering problem. Just don’t overdo it!

If you’re running a game around 30 fps or lower then motion blur can help the player smooth everything out and make it appear more fluid than it is. If you’re on a powerful PC and getting a solid 60 FPS then motion blur is far less helpful and can actually be detrimental particularly if it’s done poorly

For some gamers, the simulated blur effect eliminates details that make it way more difficult to recognize objects in the blurred images, especially in fast-paced moments. The lower the frame rate, the more noticeable and frustrating the problem. That’s why some gamers bitterly refer to “motion blur” as “the stupid motion blur.” Calling it as they see it? 😉

Motion Blur Effect in After Effects

Is your project supposed to look fully realistic? Do you want the motion to feel more natural? Are you sold on the blur after reading all the cons? Then using the default motion blur feature in After Effects is the way to go.

With the simple-to-use Pixel Motion Blur tool in Adobe After Effects CC, you can add or enhance motion blur on moving objects in your live footage or rendered scenes. Adding motion blur to layers that you animate in After Effects makes motion appear smoother and more natural.

You will find the motion blur settings at the composition level in the advanced tab of your composition settings. To apply motion blur for a layer in After Effects, simply do the following: 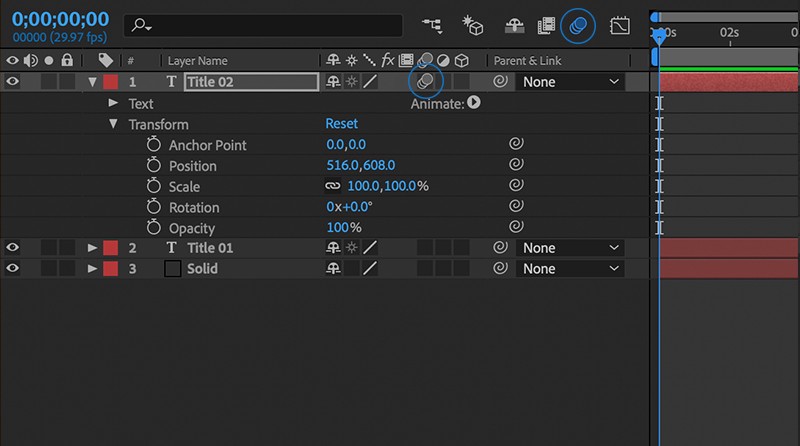 And that’s all folks!

Make sure as well to check out our website for a ton of freebie After Effects templates and motion design goodies to use as tools and inspiration for your projects.